The Importance of Senior Citizens in the Upcoming Election 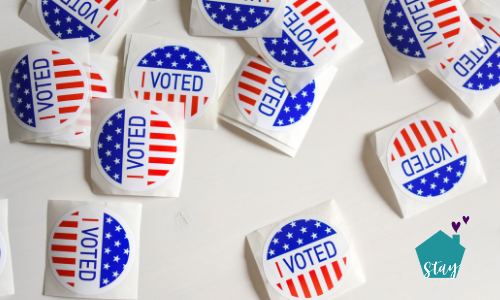 In the forthcoming 2020 presidential election, older adults could play a larger role than you may think. For starters, seniors have consistently out-voted every other age group in elections. In fact, on average, 70% of them cast their votes in each presidential election, making sure their voices are heard on policies that have or will directly impact them.

COVID-19 has put a halt on a majority of in-person social activity around the United States, but will it affect the election? With seniors being the most vulnerable during the pandemic, there was growing concern over whether this would deter them from voting. However, states have been working diligently to provide a plan of action for individuals, especially elders, to remain safe and healthy through the election process. While experts agree that the way we vote could change, representation from each age group should remain consistent, making seniors the largest represented group of people once again.

Retired individuals are particularly affected by changes in legislation in the United States. In turn, older adults play a crucial role in molding the nation’s policies. According to the Social Security Administration (SSA), Social Security accounts for the bulk of income for 74% of married seniors and 53% of unmarried seniors. Furthermore, according to the Kaiser Family Foundation, Medicare is virtually the sole healthcare option if an older adult makes less $22,000 annually, which is around 50% of beneficiaries. Unfortunately, the number of elders who rely on Social Security has steadily climbed since its creation, making many susceptible to changing policies. When considering that a majority of seniors’ livelihood and health depend upon aid from the government, their substantial participation in elections is understandable.

Although older adults are statistically more involved in elections than any other age group, it does not mean that they all have the same views and vote in line with each other. In reality, seniors vote very similarly to the rest of Americans by having fairly diverse sets of political views. However, in this election, the coronavirus has impacted senior support of the Republican Party because of how the pandemic is being handled, and they are beginning to question the political abilities of the party. The Democratic Party will most likely benefit from older adults losing faith in Republican leadership because seniors will seek governmental changes.

Regardless of the election outcome, younger citizens should look to emulate the passion most seniors show towards their civic duties. Americans can make democracy more efficient by learning how to be a diverse group of people while remaining united on issues of common interest — just as senior citizens have done in numerous past elections.