Dementia is a broad term for symptoms caused by loss of cognitive functioning, i.e., our ability to think, to reason, and to remember. While dementia shows up most often as memory loss, it can affect many areas of the brain, thus resulting in several other symptoms. And as it turns out, for many people living with dementia, these symptoms tend to change in intensity depending on the season. 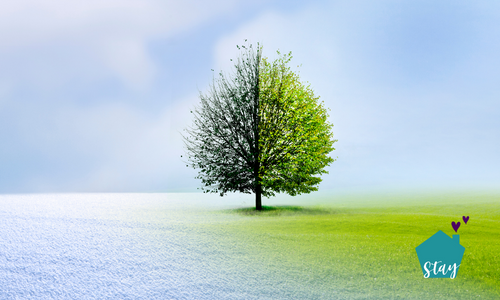 Although no one is quite sure why memory, thinking, and behavior worsen at the end of the day, the medical and caregiver community is in general agreement that it does in many people living with dementia. This is known as sundowning and refers to the phenomenon when people in middle to late dementia may become more confused in the late afternoon and early evening (as the sun goes down).

Confusion is not the only symptom that gets worse as the sun goes down. It’s sometimes accompanied by one of more of the following conditions:

Low levels of vitamin D are another concern, especially when a person living with dementia does not get adequate sunlight exposure. One research study of over 360,000 people living with dementia has found that low Vitamin D levels might not only increase the risk of dementia, but also worsen its symptoms in people who already have it.

Now that we know that lack of sun exposure may adversely impact dementia sufferers, it leads us to the obvious conclusion: colder months, with their shorter days, can exacerbate sundowning. But don’t just take our word for it.

Researchers from France, Canada, and the US observed the behavior of 3,353 people living with dementia to look into the effects of seasons on dementia, more specifically Alzheimer’s. They found that during early spring and winter, dementia symptoms were significantly worse than in the summer and fall. It became clear that average cognitive function was way better during summer than during winter.

Winter influences people living with dementia in many ways. When the brain doesn’t get enough natural light, it can contribute to a form of depression known as Seasonal Affective Disorder (SAD). Sometimes sundowning and SAD can both occur at the same time, making life harder for the person as well as their care partner.

Also, during winter months, early onset of darkness can cause even more confusion. For example, if the person living from dementia lives alone, they might go to bed at 6pm because it’s dark out so they think it is bedtime. And then they will be awake through the night.

What Can You Do? (For Care Partners)

You may have already noticed that there are some times of the day when your loved one is more alert and active than others. It can be helpful to pay attention to those times so you can plan activities during them.

Make sure they get outside as much as possible, be it a visit to a nearby park or a little stroll through the neighborhood. If it’s too cold to go outside, simply sitting by the patio doors and basking in the sunlight will also work. Ask their doctor about taking a vitamin D supplement; it’s called the “sunshine vitamin” for a reason.

Encouraging activity and reducing naps during the day should also make the individual more naturally inclined to drop off at bedtime. Make sure they have a restful sleeping environment. A quiet bedroom that’s neither too hot nor too cold together with a dim nightlight to reduce visual confusion caused by complete darkness encourages restful sleep.

Dementia is a progressive disease. Your loved one’s ability to make decisions will diminish over time as problems with memory and thinking increase. This is why the mild stage of dementia is usually the best time to begin planning for the issues that will come up in the moderate to severe stages.

At Home to Stay (H2S) Senior Care Solutions, we offer personalized care to people living with Alzheimer’s or dementia. Whether your loved one needs our help a few hours a day or live-in assistance round-the-clock, we are here to help. Our trained and compassionate team members can provide personal care, light housekeeping, companionship, or a combination of all three depending on your loved one’s needs. Call us at 856-321-1500 or 732-820-9611 or contact us online to know more. 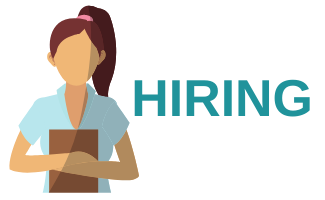