September 21st is World Alzheimer’s Day. “Dementia: Living Together” is the theme for this year’s event. World Alzheimer’s Day was created by the World Health Organization in 1994 to draw attention to Alzheimer’s Disease. This special day will highlight a month of worldwide activities designed to combat the social stigma Alzheimer’s victims and caregiving family members face. 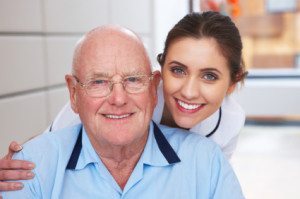 Alzheimer’s is the most common dementia. It is a slow, progressive disease that gradually robs victims of their memory. There are no cures or effective treatments for the disease’s symptoms. In fact, experts can’t even figure out how to slow it down. The number of people diagnosed with Alzheimer’s is expected to explode in the next few decades as the post-World War II generation, the baby boomers, age.

Misconceptions and detrimental attitudes about Alzheimer’s are still too common. Caregivers struggle as their loved ones slowly lose touch with reality. They face not only overwhelming physical care and financial stress, but also the social stigma of Alzheimer’s. National Alzheimer’s Day will help victims and caregivers by encouraging positive discussions about this devastating disease.

The World Alzheimer’s Report will be released during September. Worldwide seminars, special events and workshops highlighting Alzheimer’s awareness will also take place this month. Increasing numbers of people are familiar with Alzheimer’s because of loved ones who are victims. Unfortunately many still don’t recognize Alzheimer’s symptoms or behavior. National Alzheimer’s Day will educate community members to be aware of symptoms and of dementia victims in their area.

Many communities will host fundraising Memory Walks on National Alzheimer’s Day. Caregiving families, their friends and neighbors will walk together to remember those lost and to encourage those currently fighting the disease.

Dedicated researchers are actively fighting the disease. Many diseases have been eradicated or tamed by devoted researchers who have the money to take on the task. National Alzheimer’s Day will highlight one of the worst diseases researchers have ever battled. The day will raise research money, provide information and promote awareness about Alzheimer’s victims. It will highlight their caregivers’ struggles to keep them safe. Anyone dealing with Alzheimer’s dreams of the day this deadly disease will be cured. A world without Alzheimer’s is definitely going to be a better place for all of us.